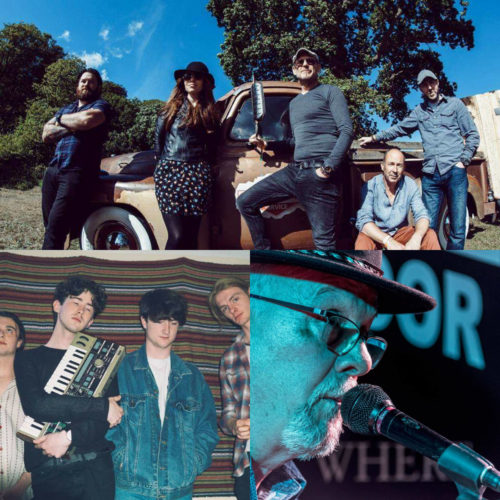 A big shout out to all the Abbey Laners from all the Garagelanders!

On last week’s radio show – Garageland on RTE2XM we had a feature based around the artists of The Abbey Lane Collective in Drogheda, Co. Louth – feedback was so good we are doing it again on next week’s show!

You can check out the show here

Fuzz Gigolo are a 5 piece lo-fi rock n’ roll group whose sound has been likened to The Beautiful South, Ian Dury & The Blockheads and Joe Cocker.

The band’s track “Push” appeared on Garageland’s compilation album “Garageland Volume 1”, and they have played numerous festivals such as Vantastival, Le Cheile and Tara Rocks.

The band first played the Garage Gigs on 10th June 2016 – Workmans, followed by 7 additional gigs in venues like The Sound House, The Button Factory, Mc Phails and most recently their gig on 28th September in The Spirit Store in Dundalk.

Fuzz Gigolo were on Garageland on RTE2XM back in September 2018, you can check out the video below!

Hailing from Drogheda in Co. Louth, Modern Love are an Indie/Alt-pop four piece with a sound that brings to mind The 1975, Bloc Party and others.

The band, who have opened for the likes of Hudson Taylor & The Academic were named one of Hot Press Magazine’s Hot for 2019 Irish Acts. They released their debut self-titled EP in December 2018 and are on the bill for Vantastival festival this year!

They first played The Garage Shows in 9th November 2017 where they performed at The Grand Social, this was followed up by two further Garage Shows on 19th April 2018 in The Button Factory and on 15th December 2018 in Mc Phails in Drogheda!

Modern Love also were on Garageland on RTE2XM to play a few tunes in April 2018, you can check out the video below!

A folk-artist who grew up listening to Bob Dylan, Simon & Garfunkle and Rory Gallagher  among others, Gerry is currently responsible for running The Purple Sessions in Slane in Co. Meath which is very much a labour of love for him! Gerry’s style of music is quiet but thought-provoking, taking it’s inspiration from everyday emotions.

Gerry previously played the Garageland Shows where he performed in the Spirit Store in Dundalk on 28th September 2018 and in Mc Phails in Drogheda on 15th December 2018!

Gerry also featured on Garageland on RTE2XM in September 2018, you can check out the video below!

If you are a musician or band that would be interested in playing the Garage Shows just book your own gig on the Dates page – it takes 75 seconds!